Critical Strike Portable also known as CSP, CS Portable, Counter-Strike Portable or Critical Missions: SWAT is a multiplayer first person shooter created by Igor Levochkin and after his departure from the game, it started being developed by Critical Force Entertainment. The game is based off Counter-Strike (mainly the 1.6 version). The game was later succeeded by Critical Ops. Its official website was shut down some time in January 2017. In early 2018, the game was removed from the App Store and Google Play.

It was released on December 26, 2011 for the PC version and later, was released for Google Play and the App Store, and later the PC version was split between the classic and the current ports. The mobile version's success eventually led to a spinoff game, Critical Missions: Space. Both classic and current versions of the game are located at its respective website.[1][2] Because of problems with the game, Tim Spaninks announced Critical Force Entertainment ceased development of Critical Strike Portable.[3]

Critical Strike Portable was originally began as an unofficial port of Counter-Strike named Counter Strike Portable, led by Igor Levochkin and his team, although they had no affiliations with Valve Corporation. The game was released on PC on 2011 and mobile on 2012. This version is what the community generally called the most favorable.

The game featured almost every map from Counter-Strike 1.6, maps such as de_dust imported with the same textures and community made maps, one example being a Minecraft based map. The team had to drastically change the map selection and other features, because of issues with Valve and others.

In 2013, Igor would leave the team now called Critical Force Entertainment, due to the lack of motivation to continue his work on the game. The team would continue to update the game, now dubbing it Critical Strike Portable. Unfortunately, support was ceased on 2014 due to the lack of technical staff, the aftermath of the DDoS attack and the outdated code.[4]

On January 2017, the game's official website was shut down and redirected to the Critical Ops Facebook page. As such, it led to the removal of the PC platform of the game. When opening the game on Kongregate or other websites, the user would also be redirected. Some users have found download links so that they could play on Android and PC platforms, but the links are not official.

A few months after, all official multiplayer servers were apparently shut down. The website now leads to a 404 page.

Throughout the game, two teams, the Counter-Terrorists and the Terrorists, fight to complete an objective or eliminate the opposing team using weapons purchased from the buy menu. The game is mainly played on multiplayer mode, where logged-in users can play and fight together.

There are 8 gamemodes in Critical Strike Portable.

On the classic version of the game, weapons are less expensive and the graphics are lower, but the number of the new weapons like the P90 and M60 are not included.

The current version of the game has higher quality graphics and new weapons, but in turn most of the weapons have their prices inflated, an example being the AK-47 from $300 to $700. In the mobile version, it retains the same prices as the classic version, but has all the rifles at $300. On iOS and Android, the graphics have been updated to look like the current version.

Controls can be changed using settings. The mobile version provides controls on the touch screen. 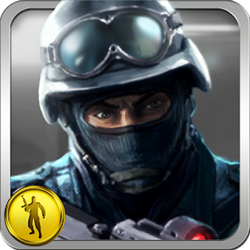 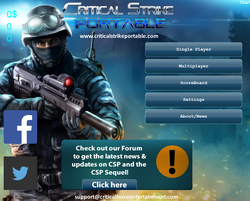 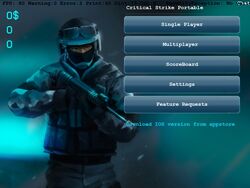 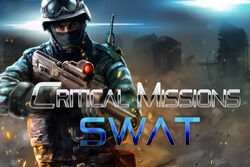 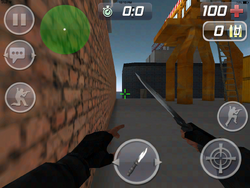 PC interface.
Add a photo to this gallery