The AK-47 is an assault rifle featured in Critical Strike Portable and Critical Ops.

The AK-47 is a high damage assault rifle, with high power and an impressively deadly range. Boasting a nearly unrivaled capability to penetrate its target and its environment, the AK-47 specializes in eliminating targets with rather few rounds. When used correctly, it can one shot kill targets at far distances. It is capable of reaching its target through thin walls, making the weapon an excellent choice for hitting targets through certain aspects of the environment. This rifle is one of the more commonly selected weapons in both Critical Ops and Critical Strike Portable.

But the AK-47's weakness lies in its increased groupings during continuous automatic fire, consequently prompting players to purchase more accurate weapons like the AUG instead with better recoil control, but for a higher cost. It is also rather loud while firing, a trait which enemies may decide to exploit to locate the player.

All in all, when used effectively, the AK-47 can prove to be a powerful and deadly weapon.

Its high recoil and inaccuracy make the AK-47 a slightly difficult weapon to use, but once used properly, it is capable of outputting impressively high damage. The key is to simply burst (firing about 3-6 shots at a time) or tap-shoot at far distance players which can guarantee critical damage or even a kill. Spray only when at close or mid range. Another formidable strategy utilized by pro players when using this weapon involves crouching. Doing so while firing tightens up the spread and significantly increases the waeapon's effective application from close and medium ranges.

Aiming consistently at the enemy's head, when combined with the aforementioned crouching and burst techniques tends to require only one or two shots to eliminate the target. Aiming at the legs will take the longest time to kill, increasing the likelihood of your opponent gaining an upperhand.

As the AK-47 delivers more damage output per round as an assault rifle, and with its somewhat wide range, it can be be a force to be reckoned with. The best way to counter this weapon is to fight at long ranges to avoid its heavy fire, although heed caution as the AK-47 can damage players at that distance with tap or burst-fire.

Aim for the head, as the time to kill the enemy is reduced and the chances of getting hit decrease. 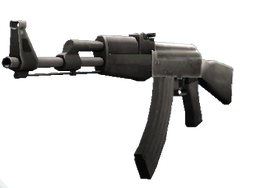 The CFE logo and name on the AK-47 in CS Portable. (click for full resolution) 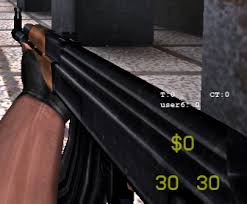 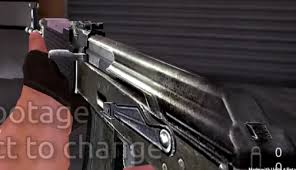 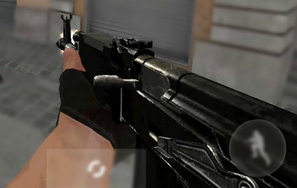 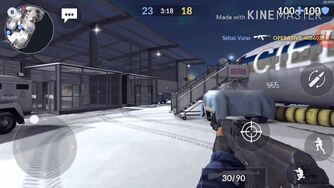 Modern AK-47
Add a photo to this gallery
Retrieved from "https://criticalstrike.fandom.com/wiki/AK-47?oldid=6673"
Community content is available under CC-BY-SA unless otherwise noted.